From the editor: There’s a taco truck in Chicago known among a certain segment of the population for its daily specials.  Late at night and during the wee hours of the morning, it isn’t the food selection that attracts customers, it’s the illegal weapons available with the special order.  Each episode of Guns + Tacos features the story of one Chicagoland resident who visits the taco truck seeking a solution to life’s problems, a solution that always comes in a to-go bag.

Click here to purchase a digital subscription or trade paperback from Down & Out.

From the publisher: Texas has it all, from bustling big cities to sleepy small towns, and law enforcement alone can’t solve every crime. That’s where private eyes come in. They take the cases law enforcement can’t—or won’t. Private eyes may walk the mean streets of Dallas and Houston, but they also stroll through small West Texas towns where the secrets are sometimes more dangerous. Whether driving a Mustang or riding a Mustang, a private eye in Texas is unlike any other in the world.

Order your copy from the the Down & Out Bookstore by clicking here. 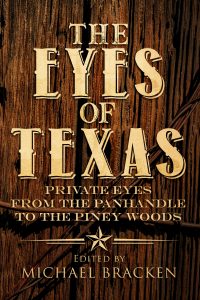 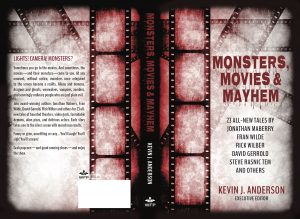 From the publisher: Rebellion, revolution, and rock and roll defined the ‘60s. As music moved from country to folk protest songs, rock became the voice of the “turn on, tune in, drop out,” generation. Peace, love, and harmony were the goals. Meditation, mysticism, and psychedelic drugs were the way to enlightenment. Peace, love, and crime were often the result, sometimes humorous, sometimes deadly. And the music played on. As Harold says in The Big Chill, “There is no other music, not in my house.” 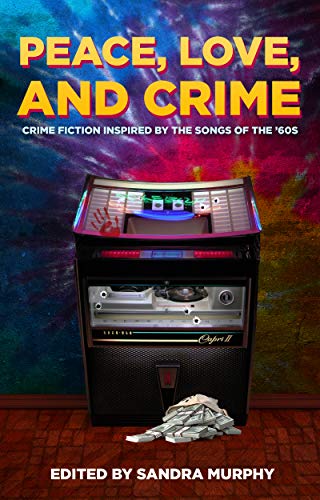 From the publisher: Mickey Finn: 21st Century Noir is a crime-fiction cocktail that will knock readers into a literary stupor.

Contributors push hard against the boundaries of crime fiction, driving their work into places short crime fiction doesn’t often go, into a world where the mean streets seem gentrified by comparison and happy endings are the exception rather than the rule. And they do all this in contemporary settings, bringing noir into the 21st century.

Like any good cocktail, Mickey Finn is a heady mix of ingredients that packs a punch, and when you’ve finished reading every story, you’ll know that you’ve been “slipped a Mickey.”

Contributors include many of today’s best noir writers: 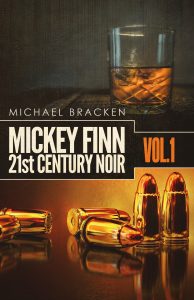 The ninth issue of Black Cat Mystery features a stellar lineup of new stories (and one classic reprint). Here are—

LAST RITES, by Stacy Woodson
THE JERICHO TRAIN, by John M. Floyd
CORAL COVE, by B.A. Paul
THE ALLEY, by Ann Aptaker
SONNY’S ENCORE, by Michael Bracken
SWITCH AND BAIT, by Cynthia Ward
BECOMING ZERO, by James A. Hearn
THE MURDER OF JONATHAN GREYSTONE, by Barry Fulton
YOU GOTTA BE IN IT!, by Elliott Capon
THE YOU-DON’T-KNOW-THE-HALF-OF-IT-DEARIE BLUES, by Michael Kurland
A FIGHTER BY HIS TRADE, by Graham Powell

Classic reprint:
SMELLING LIKE A ROSE, by Gil Brewer 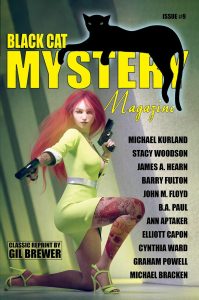 From the publisher: What loyalty do you owe and to whom? Family, friends, neighbors, community, society? Many of the stories in this issue explore the complicated demands of these bonds of blood and affection.  In “Blindsided,” cowritten by Michael Bracken and James A. Hearn, a college football player must question his loyalty to a teammate. 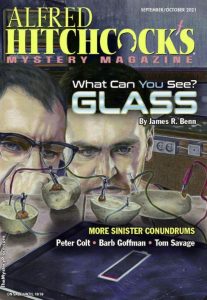 If you have a question or comment for James, please fill out the contact information below.  Thank you!

Scroll Back to Top